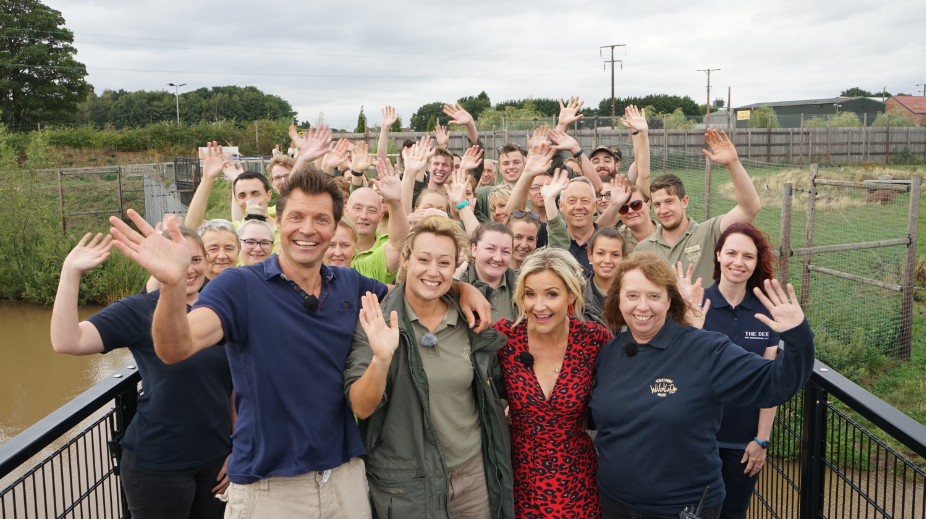 Big Week at the Zoo

For a week in August every night our screens were filled with the busy lives of keepers at BIAZA zoos and the amazing animals they look after. Hosted by Helen Skelton and Nick Baker, at Yorkshire Wildlife Park, Big Week at the Zoo featured Chessington World of Adventures, Jersey Zoo, Edinburgh Zoo, Flamingo Land, Colchester Zoo, Paignton Zoo, Crocodiles of the World, ZSL London Zoo, The Deep and of course Yorkshire Wildlife Park. Audiences were enchanted by the re-homing of four bears, adorable dormice, Critically Endangered tortoises, sleepy pandas, an injured turtle and lots more.

Helen Skelton said: “We showcase what British zoos do, and all the conservation and research that goes on behind the scenes, and I really feel like we get to know the people running everything.” As well as the hosts the show also featured Lucy-Jo Hudson, JB Gill, Peter Wright, Miranda Krestovnikoff and Steve Leonard visiting BIAZA zoos around the UK.

A highlight of the show was the rehoming of four Japanese Ussuri bears. The bears were previously housed in bleak cramped cages at the Ainu Cultural Museum on Hokkaido, the northernmost of Japan’s islands. Travelling over 5,400 miles to their new house and extensive reserve at Yorkshire Wildlife Park, watch the first time the bears walk on grass.

You can catch up on all the episodes here