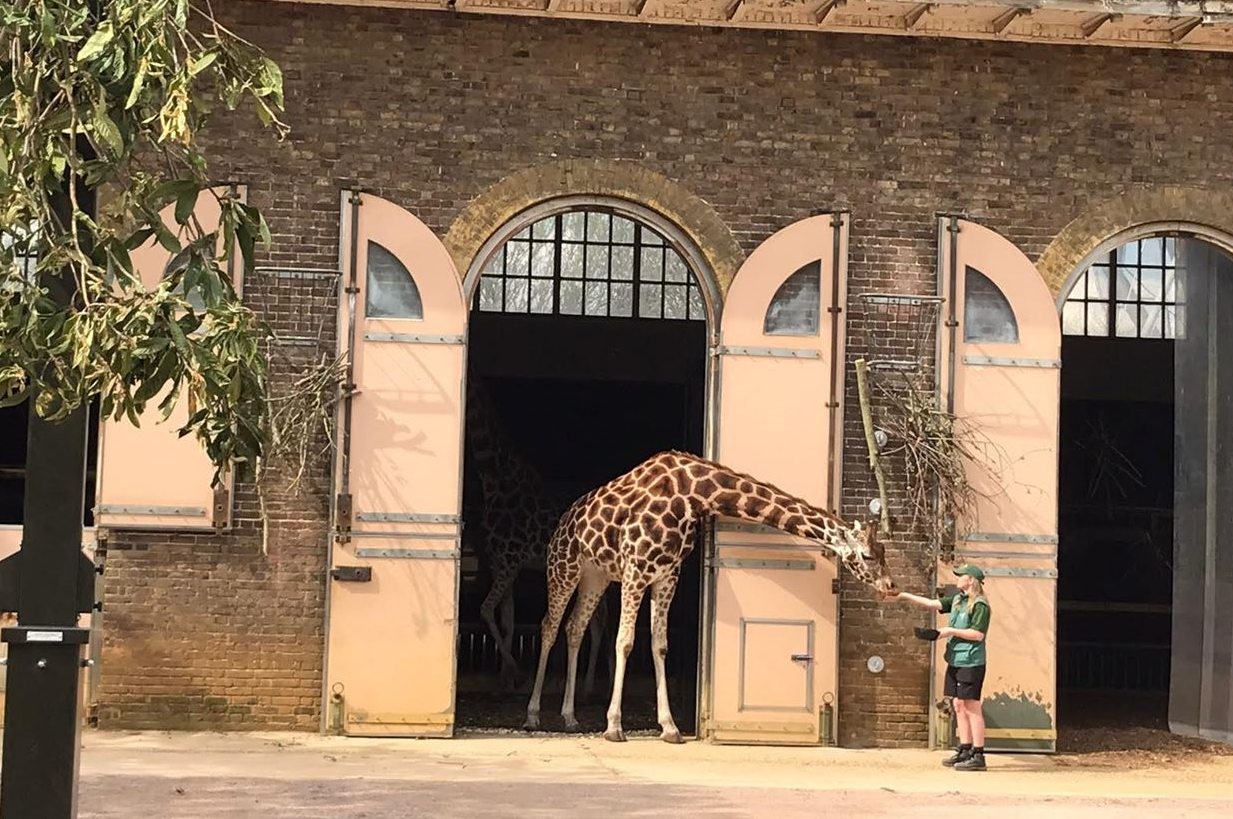 Louise Jakobsen: How I became a Zookeeper - BIAZA Mini Blog

I was rather naive as a child, or perhaps not well-informed. I had always felt a connection with animals, but I did not know there was something called a zookeeper!

Already at the age of 5, I had dismissed working with animals because I had the belief that it was veterinarians who looked after animals (yes, I did think about my career at this far too early stage)! I didn’t want to be a vet, as I had experienced how the vet would have to give injections and euthanise animals (again, remember I was only 5 years old at this stage).

Growing up (in Denmark) being busy with sports and music, it wasn’t until the embarrassing age of 20 years, when I was advised to go to the library and read the book of trades to get inspiration on what to do with my career, that I realised what a bubble I had been living in. I had heard about a private education to become an animal therapist which I was intrigued about. But you would have to finance it yourself, and I did not have £5,000! I simply turned the page in this monstrous book of trades and there it was – ZOOKEEPER!

I still can’t believe how I had not realised this until now. Yes, I grew up far away from any zoos, my parents couldn’t afford excursions, so we only had one holiday a year, and I never watched much TV. But still.

Anyway, reading about the education, I was determined this was it. I went to the local farm college to attend an Open Day where you could hear about the different courses they offered.

Back then, in Denmark, you would become a zookeeper through an apprenticeship scheme which was nearly 4 years long, and you would alternate between vocational training at a zoo, and three semesters at college. IF you could find a zoo who would take you on. For each application, there were around 1,000 applications!

Furthermore, the final two semesters had to be taken at a specialised college which was far away from where I was living at the time. Still, I was determined. I was even more determined when the student adviser at the Open Day told me to give up the dream, as it was impossible to get a job as a zookeeper.

I signed up, started at the first basic semester where everyone, whether you wanted to work at a zoo, in a pet shop, on a farm or operate agricultural machinery, had to learn the same basic skills. Everyone had to learn how to milk a cow, feed a pig and plough a field to put it bluntly.

The time came when I was meant to go out on my first vocational training, but I hadn’t managed to find an apprenticeship place at a zoo. I didn’t want to give up, and I was lucky to get an apprenticeship place at the college itself who had its own working farm with dairy cattle, pigs, fallow deer, horses, sheep, birds, rodents, reptiles and fish. Part of my role was also to supervise and teach new students in the basic care and husbandry of the animals. An extremely valuable experience!

4 years later, I finished my apprenticeship and, just like most other apprentices in the trade, I was kicked out and replaced by a new apprentice. That was the reality back then. I didn’t want to give up.

I had a couple of fixed term contracts at various places, including Copenhagen and Odense Zoos as a relief keeper. At Odense Zoo, I witnessed something that was to become the turning point in my career. Here, I witnessed training through positive reinforcement for the first time. I thought to myself, I need to learn more about this!

I contacted a marine mammal facility in Denmark where their animals are trained to participate in various research projects and corporative husbandry care, and I was very lucky to get a placement for 13 months, learning about the art of animal training.

With this experience in the bag, and the fact that my partner (now husband) moved to London to try and get a job on the big musicals, I started applying for jobs in the UK and was shocked when I was invited to an interview at Whipsnade Zoo for the position as a trainee on the sealion section. Two interviews later, I was offered the job!

I have now been with ZSL for over 16 years, and I have had the privilege of working with a great variety of animal species.

The morale of this story is to never give up! If you believe in yourself, go for it. You need to be prepared to work hard and take a long de-tour if needed, but it will be worth it!